Could We All Only Hope To Accomplish As Much

I was really shocked to find out that Givenchy died only a few days ago.  If you would have asked me yesterday, I would have known that he died decades ago being part of that indomitable force of designers who catapulted Paris back to the fashion capital after World War II.  He had all the stellar street creds – worked with Jacques Fath and  Elsa Schiaparelli, then alongside some fellow students like Dior and Balmain, it’s hard how to see he went wrong.  Opening his own house at an early age of 25 he made a name for himself, but really rose to spectacular fame dressing Audrey Hepburn – at first for the movies, then for real life.

So enough with the words…let’s instead have some fun looking at some delicious eye candy!

Their relationship started with Sabrina when Givenchy was asked to meet with Hepburn for a few gowns for the movie.  The movie was as much of note for the costumes as who the main designer was and who took the credit and who got credit and who didn’t.  Givenchy was not credited on Sabrina, but no matter, cause he got the credit in the end.  This is a little insight into the movie biz, and Edith Head got credit for Sabrina and won an Oscar for costume design.  For Givenchy, he got a life-long proponent and friend and ambassador of his style.

And no one confused this dress as anything other than Givenchy – it was obviously his.

And this divine LBD (little black dress) with the whimsical (almost Schiaparelli-esque) hat is all Givenchy.

And if anyone thought this was anything but French……well, you need to change your glasses.

But that was only the start.

What could be more iconic than this dress?  This gown is practically its own fashion trend alone.  It never goes out of style and seems to be continually fashionable.

And this dress screams French…..

And this shows the sublime skill and talent in what is supposed to be a sheet but worn like an evening gown – only Audrey and Givenchy could make this believable!

So what’s an outfit without a hat – especially if you want to be stylish beyond stylish!  The crazy thing is that as avant-garde and fun and fashionable as the clothes were in Breakfast at Tiffany, I felt as though all of them were relatable to the common gal, something sorely missing today (except Zac Posen by himself seems to be bringing it back!)

Even the everyday stuff Holly Golightly wore in Breakfast at Tiffany has gobs of style!

And then in Charade (when Givenchy got full credit for costume design), everything looked so elegant and classic – EVERYTHING!

Even the most mundane things had such grace and style….like this dress above and below.  You can’t really see the style unless you look below and see those wonderful darts Givenchy used to make this dress look like it was dart-less, but fit all the same.

Funny Face completes the triptych of Hepburn-Givenchy although he did so many more movies, I think these 3 were the best and most classic.  This is the wedding gown from Funny Face.

Thd this was that gorgeous sequence on the steps of the art museum.

And the pièce de résistance:

In both Paris When It Sizzles and How To Steal A Million, the costumes got a little too much – sort of jumping the shark-ish and they didn’t have the same savoir-faire that the earlier costumes had.

It’s hard for Ms. Hepburn to look frumpy, but these were pretty close.  The great costume from How To Steal A Million was the lace dress with matching mask!

The idea of doing a mask as a hat of sorts and doing it so that the design wasn’t in the way of the eyes was creatively brilliant.  These were the designs that made Givenchy a king in his field for such a very long time.  The last of a breed of designers that is now lost.  These designs during the late 40’s and early 50’s out of Paris from the Dior bar suit to the Chanel quilted jacket, were so revolutionary they weren’t like anything before — not based on the Roaring 20’s or Victorian or Egyptian or anything;  it was all NEW!

Today so many look back to that period for inspiration and real admiration.  There are a lot of movies today that have looked back to this period (not filmed in this period) for design inspiration and they all extol not only the creative innovation but the style and grace of these designs to show of a woman’s body to the best way possible. 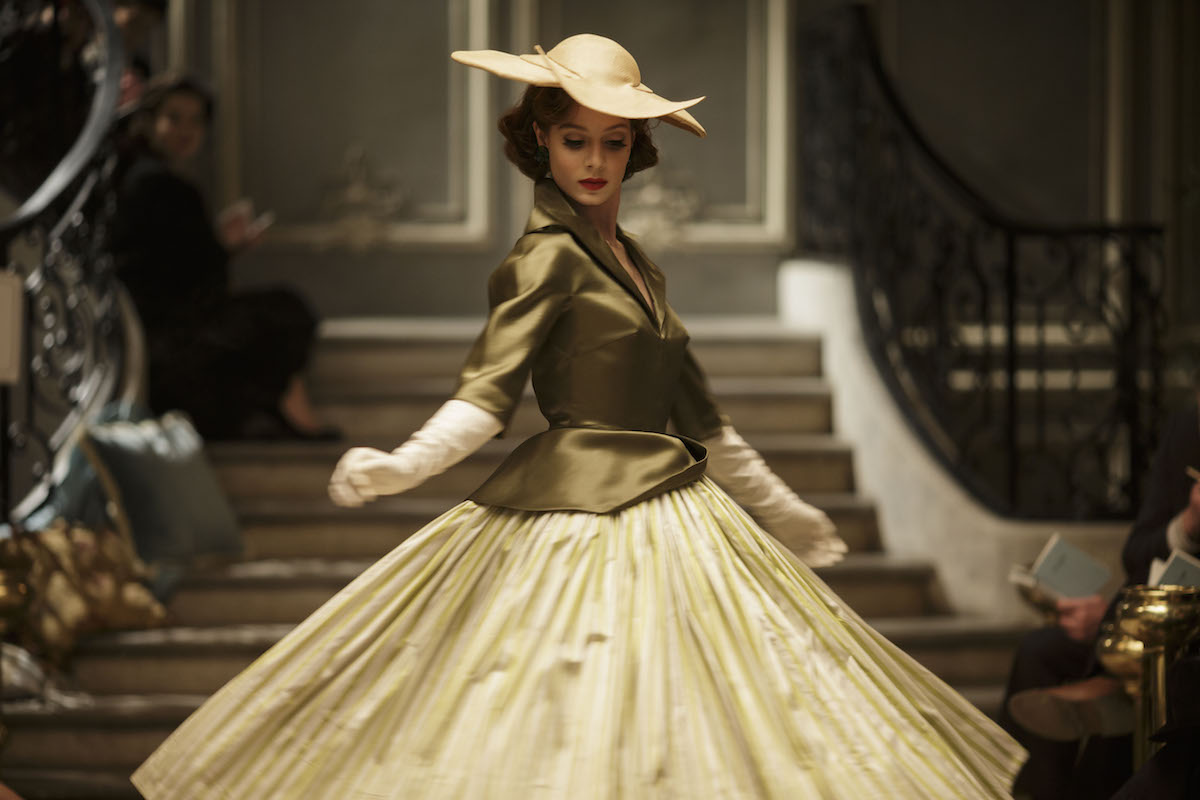 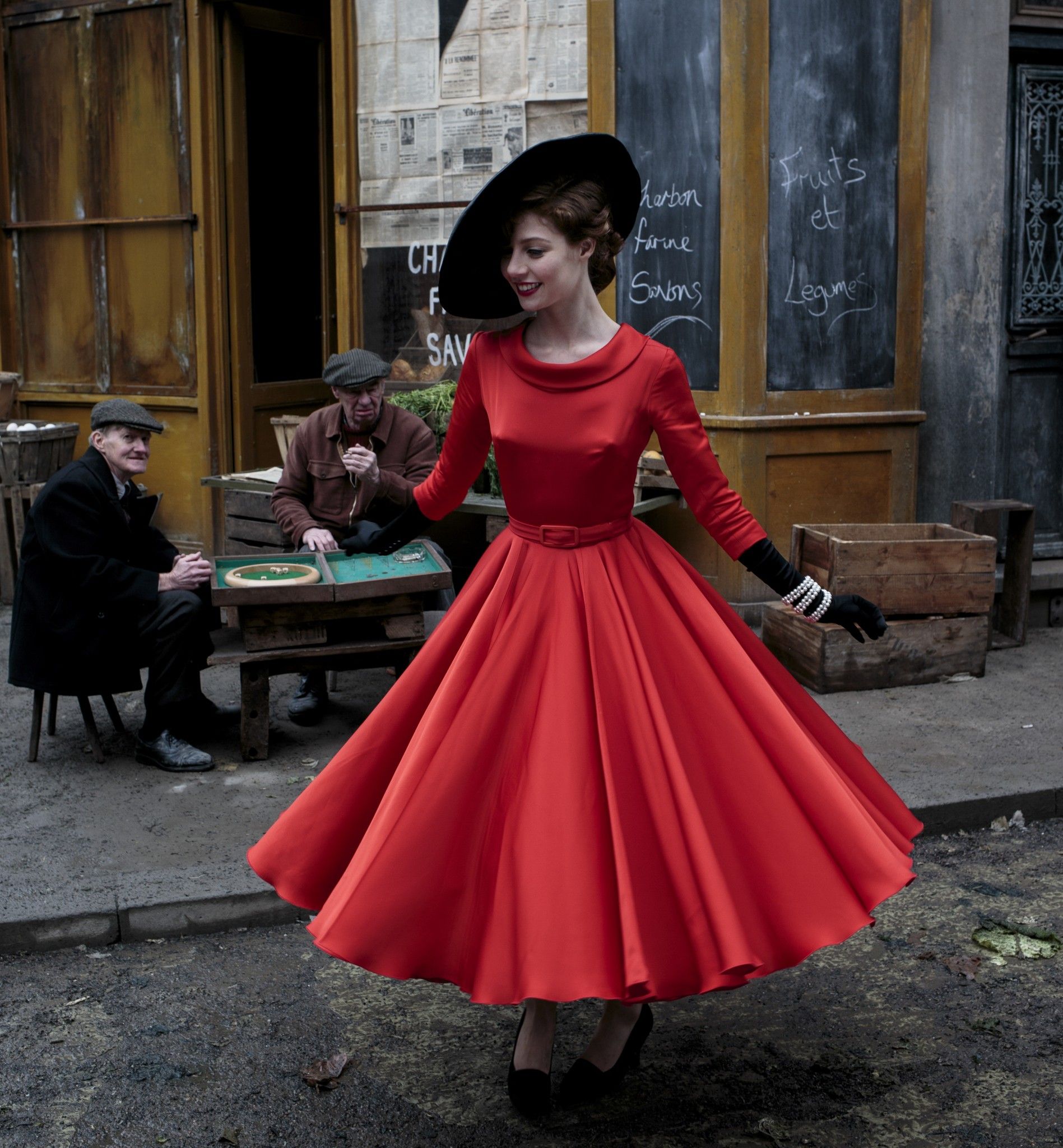 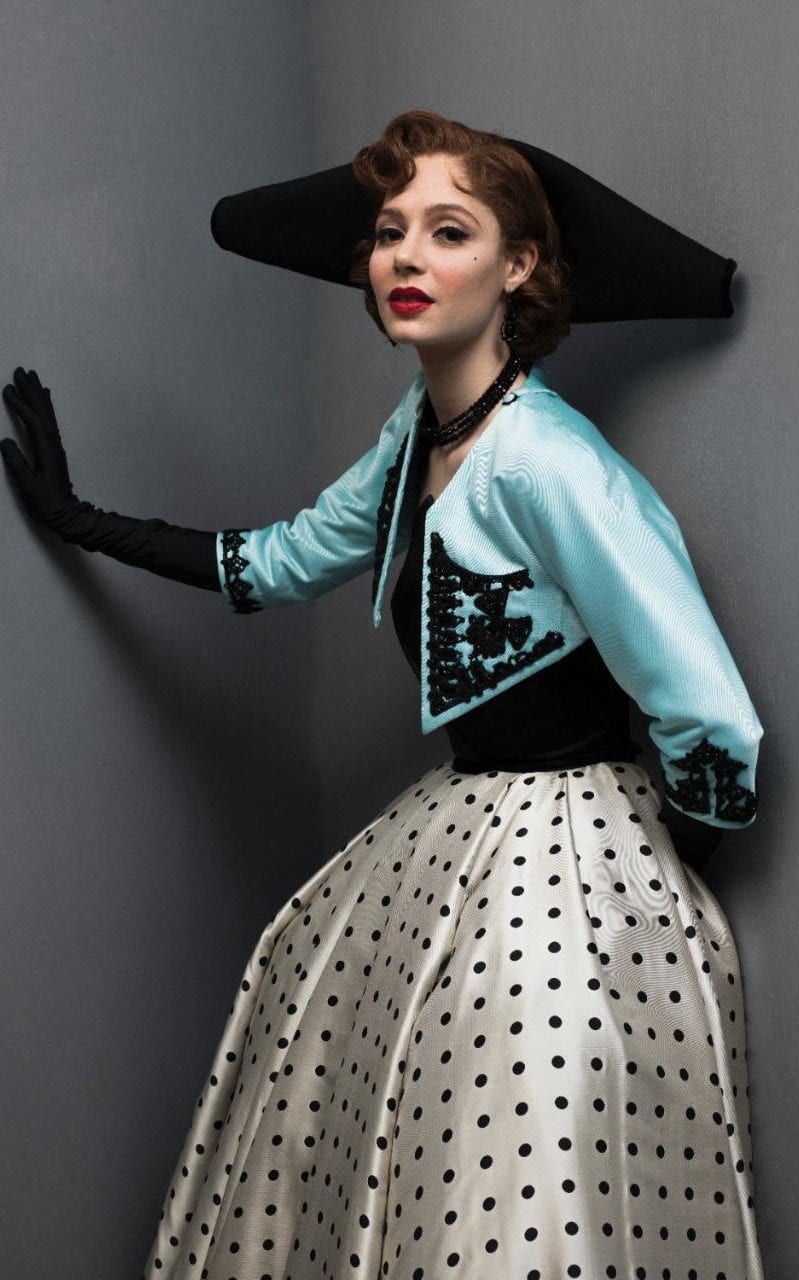 …which was so important that it won best Oscar this year for costumes.

This is the effect of that group of designers after World War II in Paris – it was regularly filled with innovation, flattery and most of all a great sense of fun and joy.

Thank you for the information. You write great posts!

Diana thank you! Your posts are very interesting! i always look forward to them.

Thank you for a great reminder of how ladies used to look! Oh my! Can you imagine how difficult it would be to “get away” with wearing a hat at all much less one that was 2 1/2 times the width of your face or looked like a powder puff stuck on your head!

The “picture hat” was one I wore as did my mother and we both looked good. I remember my mother going shopping downtown (yes, before the malls) in a suit, gloves and a great hat.

Of course, she was a fabulous seamstress and everything fit her to perfection in her lovely figure. She was 5’5″ and a 120 lbs. I have one of her patterns that is marked size 16, which would be about an 8 or 10 today, I think.

Looking at the line of ladies in “Think Pink” I noticed how well those straight shirts fit. So often today I see newswomen on TV in skirts so tight they wrinkle across the rear and abdomen. How do they think that looks good?
Now, when I go to the grocery wearing my skinny jeans and a sweater I’m comfortable and look “nice” but wonder when I see another women wearing nice slacks, a blouse and sweater and jewelry, does she dress like that everyday…..she must not do much around the house.

I think the difference of now versus then is, non working women get up, dress in what’s comfortable and go thru the day doing whatever in the same clothes. Women of the time such as you show here, wore what was appropriate for the venue, even if that meant changing clothes.

I admit, I’m guilty of the former but, maybe I should remember my mom’s great example more often. Perhaps we can teach the younger generation how to look nice and be comfortable. That doesn’t include leggings and a t-shirt!

Wonderful article. I’m a big Givenchy fan and never get enough photos of his work. Many thanks