Skin Tone Background and How To Use It

Skin Tone Background and How To Use It

Here’s the first lady again in a wow outfit. What I love about this outfit is that it makes my point about having an opaque nude background. 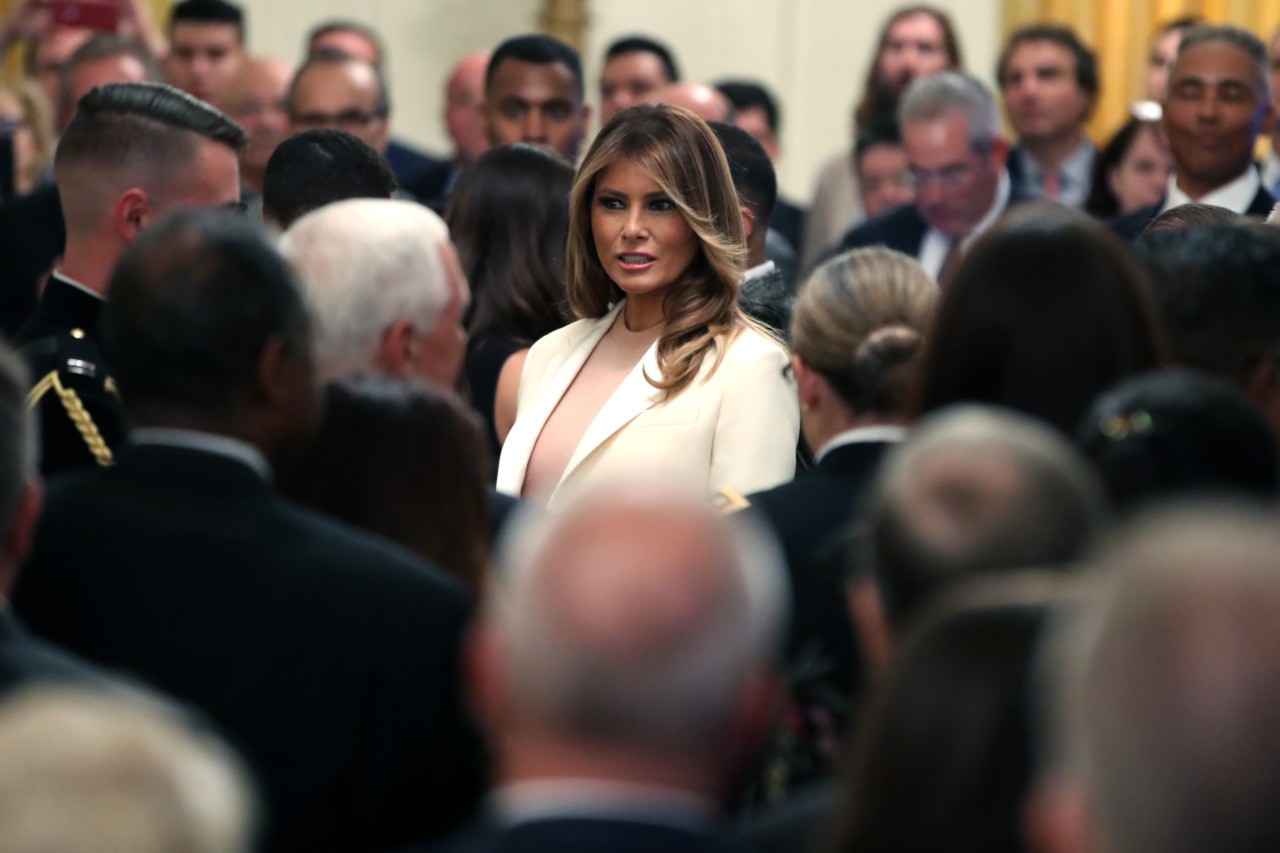 Here she is at the “Medal of Freedom” ceremony at the White House for Mariano Rivera. At first glance it looks as though she doesn’t have anything on under the white jacket, and that it may be flopping open at any moment for a major wardrobe malfunction. And I thought this might have even been an “oops” moment in the happening.

But this makes my point about TMI and using tricks of the eye to tease the viewer. This photo above is way more teasing than if the first lady actually had nothing on underneath. It’s the idea that we might see something and maybe if we moved here, or tilted our head there, or walk around from a different angle, and all that mental exercise in our brain is way more fun that seeing the actual whole Magilla!

This is why Hitchcock’s film Psycho is considered the penultimate in horror….he doesn’t actually show Norman knifing poor Janet Leigh (who said she could never take another shower after making that movie). There is not exact portrayal of the actual killing.

Here’s what Hitchcock figured out: Anything he could put on screen would be the scariest thing for maybe 1% or 2% of the viewing public. But if he alluded to it in a very suggestive way, then the individual would fill in the rest with what that one person felt was the scariest thing that could happen, and therefore Hitchcock would end up scaring far more people – like 95% to 99% than if he would have showed the exact act. It’s still one of the scariest scenes in filmdom and all it is, is Janet Leigh screaming and seeing a little blood go down the drain – that’s it, and yet the way Hitchcock led up to it, edited it, told the story and the music composed scares the tar out of all of us!

This is exactly what happens when you tease the viewer with your wardrobe. So that a person wearing an opaque ponte knit under a black guipure lace, would look like she’s nude under the lace, but she’s really not. So that if the viewer sees it, he/she is like: “Well, maybe if I moved over here or tilted my head this way or walked around her a little……..” and of course they still can’t see anything, but they are still looking.

So who looks really sexier here?

There’s the illusion and shadow on the left and the whole Magilla on the right – OK once we see everything, that’s fine, but go back to the other one on the left and you can see a shadow – a very provocative shadow that looks very alluring, but you can’t see anything else, and yet, maybe if you turned this way or that – it’s far more teasing and alluring than seeing everything.

This is the lesson about TMI and showing everything that makes TMI so boring, when showing just a little or a few things, much more alluring and teasing. Keep the tease in your dressing, which is nice to that you don’t have to show everything and only the best part of you!

Let’s look at a more common example of this.

The beginning of the abstract-art period was really the Impressionist Period.  They wanted to leave the viewer with the impression of the object, not an exact realistic view of the subject.  Above is an impressionist view of Notre Dame from the Quai de la Tournelle which means dock of the turret – and on the painting on the left you can see the turret, however, the photo on the right is from modern times and the turret is no longer there.  But here’s the question to ask?….where are all the windows on Notre Dame, where are all the markings on the embankment on the Seine, where are all the boat windows and detail?  Well, you really can’t see them, but you can see the impression of them – there are some dark spots on the painting that show the impression of windows, but not distinct or realistic windows as seen in the photo.  And yet, you get a very clear picture of what the artist was painting, and you even have a good impression of what the whole scene was about – so much so that you can actually see where the turret was and get a clear vision of what it would look like if the turret were still there.

What happens is that your brain figures out the rest, and your brain doing all this work is so much more fun (it’s called teasing the brain or trick of the eye).  And this teasing makes this painting way more interesting than the photo on the right.  The artist has over-exaggerated the color and sunset aura of the sky, the reflection of the sunset colors on the objects and the whole feel of the painting – it’s like the painting places you IN Paris while the other would be a nice photo to show you directions or where the painting was painted.

YSL said this very well – there are 7 parts to a woman’s body 1. Shoulder, 2. Breasts, 3. Waist, 4. Hips, 5. Legs, 6, Back and 7. Silhouette.  Show too many of these and you look like a tart and show too few and you look like a bag lady.  Today that translates like this 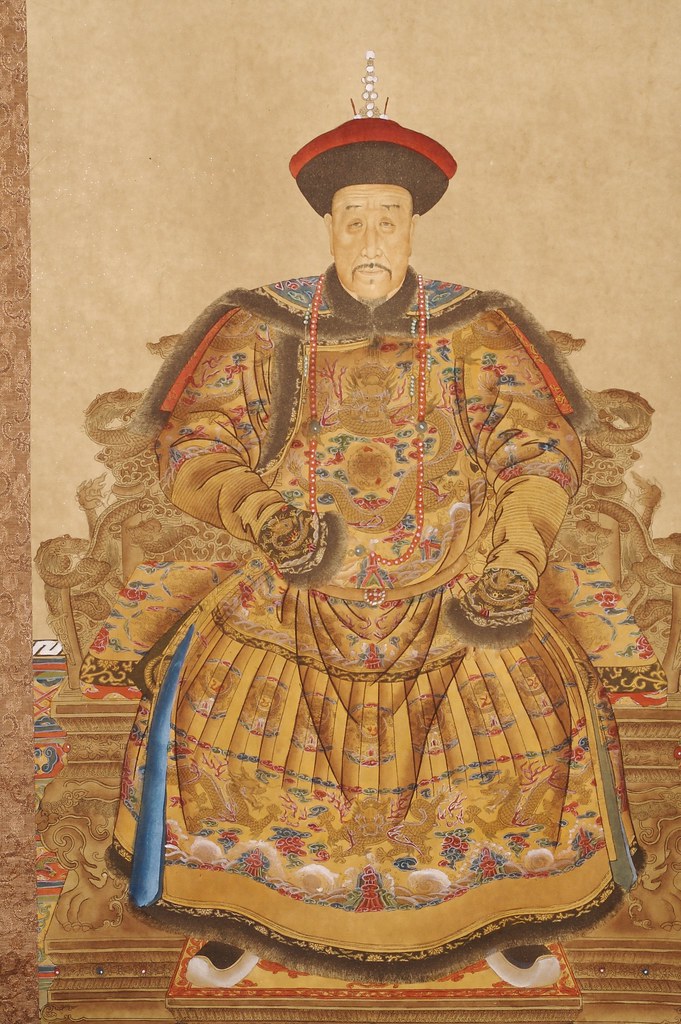 This isn’t that difficult, and yes, both have their advantages and both have their looks, but the problem is that one is showing way too much and yes, it garners attention but for all the wrong reasons – it’s like mistakes garner attention, but is that what you want to be known for – your mistakes?  And the lower version shows nothing – granted the work is fabulous and the whole idea and contrast and execution is exquisite, but where’s the waist, hands, legs, shoulders, silhouette – nothing shows.

My point here is simple – don’t show everything – leave some to the imagination which can do way more than you could, and don’t cover everything – that’s like what Karl says: 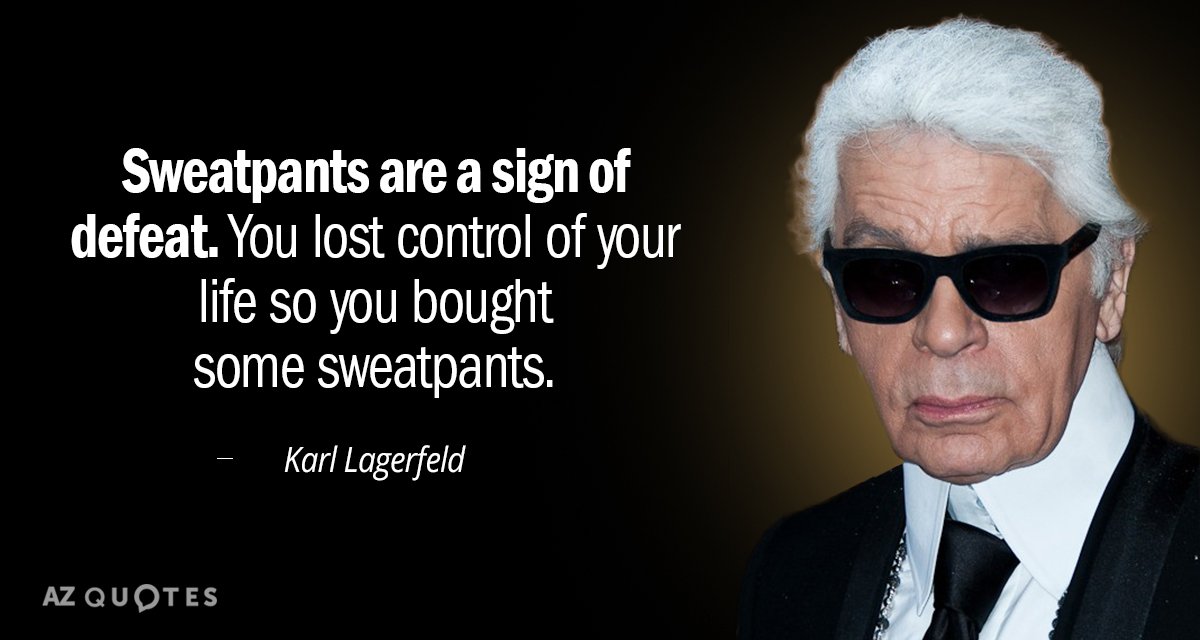 The Queen of Fashion
Previous Article

Think A Well-Edited Wardrobe is For The Birds?
Next Article
©sewingArtistry.com