Think A Well-Edited Wardrobe is For The Birds?

This is the designer known for selling $800 flower dresses, and yet he’s changing his whole way of operation.  Here’s a designer who’s actually trying something new.  I’m an advocate of the old adage:

This means that if you don’t change, then your circumstances won’t change, and in this case if designers don’t do something to change the way we think about clothing, then nothing changes and we end up with the same fashion shows, with the same set of circumstances of the manufacturing, distributing, selling and buying clothes.

It’s very brave to do this, and in this article, Thakoon describes his absence from the design runway for the last couple of years, and what he’s come up with.  As he says:

It’s almost like [the customer] had been dictated to.

Well, this is what happened before the advent of the Instagramers who blogged/posted about the latest fashion shows.  Designers picking up on this, decided that instead of having all the fashion magazine editors that they would invite these Instagramers to their shows and that was much faster, less expensive and less time-consuming for the design house. Today, the fashion shows were crowded with folks flooding the internet with fashion show pictures/videos.  The editing was limited at best, as a matter of fact, there really was no editing, so viewers/subscribers/prospective buyers were flooded with everything that was thrown at them like balloons cascading from the ceiling at a convention rally without all the fun.

Here’s the problem with this
There wasn’t any continuity.  There wasn’t any theme.  There wasn’t any weeding out of the bad for the good.  As a result, there was an overflow of information with no editing or event categorizing of information now available to the consumer.  This reminds me of the story of a war correspondent being on the scene for almost a decade, and he comes home and his wife asks him to go to the store and get some laundry detergent.  He goes and sees this: He becomes so overwhelmed with information, that he goes home without a selection not being able to make a decision, having only seen very little detergent in the war combat zone for years, seeing so much is over-load and he can’t make a decision.

This isn’t the only problem

Unfortunately, this leads to other problems like knowing or not knowing what is needed/wanted in a wardrobe, knowing or not knowing what will work for their wardrobe, and therefore being able to recognize what can be worth-while, economical, value product rather than a throw-away product.  That means that the education that the consumer receives at the hands of the industry that provides products is so lame, that the consumer is left buying whatever they can get their hands on.  This sort of buying education trickles down into not only the consumer but the entire public so that we sewists are left with the false premises like

So much so that when we start out or return to sewing after a decades-long absence, we are left with unrealistic, uneconomical and un-makeable examples of what fashion is.

Today, fashion is made up of a mish-mash of whatever is out there from the ultra-cray-cray to the abnormally practical.  But one thing permeates the fashion industry more than anything else – that you must have more than what you already now have too much of.  That’s what’s so new about Thakoon’s new collection.  It’s not an overflow of looks or garments, but a well-edited collection, that does not have a lot of garments thrown at you, so that you have to purchase many to find the one you like, but rather presenting options that you can work with to go with what you already have. 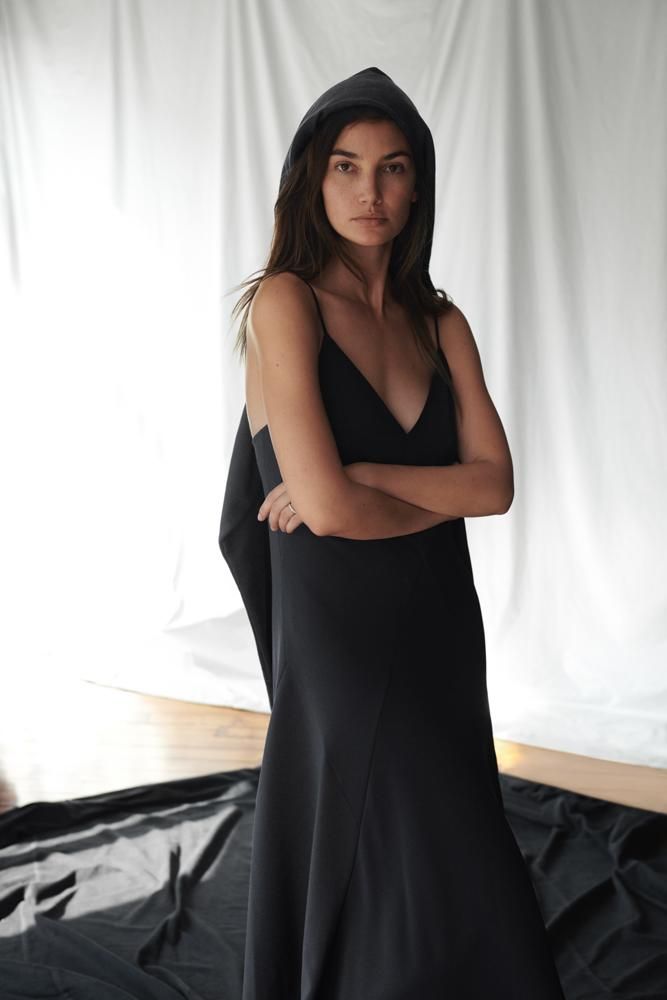 Additionally, interesting is that Thakoon is direct from the designer to the consumer.  This cuts out a whole bunch of middle people that increase the cost.  That middle-tier of normal business manufacturing works something like this:

The designer designs the garment and contracts a manufacturer or broker* to manufacture the line.  ( *If there’s a broker, he/she takes his/her cut out of the price as well, which makes the price even steeper.  Why go through a broker?  Because this can be the protection an economy-line of clothing needs when they feel that they have to save on the cost of manufacturing.  The designer can say (legally) that they had no idea that slave labor was being used to make their clothes because they contract out the job to a broker – yada, yada, yada.)

The manufacturer (and broker if included) then deliver to the broker/distributor.  The distributor to the retailer.  The retailer to the customer.

So that each time the garment is passed down the line, it doubles in cost like this:

So that the original making price started at $1.25, by the time it gets to the consumer is $20.  That’s a 1600% markup.  Can you see why the fast-cheap fashion industry is making so much money and why Amancio Ortega is one of the wealthiest people in the world?   Thakoon is skipping all that middle man stuff and going right from his house to the consumer, no store, no broker, no distributor – none of that.  His hope is that not only can he deliver quality items, but also at a reasonable price and something that is sustainable (longer lasting than 8 weeks) and durable.

So I know it took me a while to get here, but what’s the point for we sewists?  One big thing:  for the first time we are seeing some reasonably priced clothing that shows what sewing actually can do.  I often talk about making garments that are far better to wear, more durable and more what you want, and Thakoon’s collection is probably as close to that as a consumer can reasonably get.  Yes, there is the couture market, but face it;  not too many can afford that.  Thakoon’s 2019 clothing is more affordable, but it is not in the fast/cheap fashion price range.

So looking at that collection

This garment sells for $225 – it is oversized (not really great in the fit you personally category) and not lined.
The bottom line:  You can make this coat for about $80. At the most, with some fabric from here, and a pattern and notions you could make it for half as much as what is sold online.

This sort of pricing and quality offering of a garment is what sewing used to be all about.  You could save that much in what was offered in the stores.  Unfortunately since the advent of the Grunge fashion style where ill-fitting, worn-out clothing was in, that math equation didn’t work.  You were purchasing fine fabrics, using durable, sustainable and long-lasting techniques to compete with the pricing on a garment that was designed and created specifically not to last long.  That was like comparing apples to atomic quarks (a sub-atomic particle).  They really never should have been comparable and they never should have ever been in the same room much less in the same category.

As a result, the consumer saw that the store turtleneck was $12.95 but the durable, well-made turtleneck fabric costs $10.95/yd and required 2 yards minimum (more like 2½ yds) for a total yardage cost of almost $28 and that’s before you even got the pattern or cut the garment out).  Whoa, that sure wasn’t economical and it sure wasn’t because the comparison wasn’t about two similar items.  With this new collection from Thakoon, the pricing not only becomes comparable but comparable to two more similar items than we’ve seen in almost THIRTY YEARS!

Now Thakoon can do all this cause he has a reputation and a name.  If this was Joe Dokes doing this, not only would Joe have trouble getting financing but he would also have problems getting sales.  Thakoon has a reputation and that gives him a step up on the rest of the world.  Because of his reputation, he was able to get financing and hire the expertise to carry this whole concept off without too much of a problem, although he did have to take 2 years off to get to this place.  What’s really revealing about this sort of marketing is that if this model is just a little successful, then it becomes a more available model.  I like it and am thrilled to see it, mostly because it gets the consumer more aware of what clothing should be rather than some ethereal state that doesn’t work for the consumer.

One small correction- we are not meant to have overstuffed closets. Instead we are supposed to take one room of our house to store and display our clothes, shoes, and accessories. One thing I think that is missed in the discussion about wardrobes, is that the clothes should fit. Looking at Thakoon’s website, the clothes do not go above a size 12, and they offer no petite sizing. As a full-grown woman at 5’2″, I get so frustrated to see that the petite section of the department store has shrunk faster than the store workforce. I understand that Thakoon himself has probably put a considerable amount of his own money into this venture. It’s just getting tougher and tougher to find clothes in the store that work for me. I guess that is what sewing is for!

Skin Tone Background and How To Use It
Previous Article